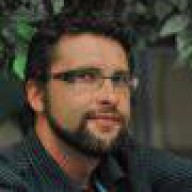 Kin-Ball, also known as Omnikin, is a team sport created in Quebec, Canada in 1986 by Mario Demers, a physical education professor, in which the main distinctive characteristics are the big size of the ball (about 1.5 meters of diameter) and that the matches are played between three teams at the same time instead of traditional one-vs-one like the most of the team games. The International Kin-Ball Federation counts 3.8 million participants, primarily from Canada, the U.S., Japan, Belgium, France, Switzerland, Spain, Germany, Denmark and Malaysia.

Boccia (a kind of adapted Curling)

Boccia  is a precision ball sport, similar to bocce, and related to bowls and pétanque. The name Boccia is derived from the Latin word for boss – bottia. The sport is contested at local, national and international levels, by athletes with more severe physical disabilities.

The Little Team…(important is to play)

This the amazing and very cute story of a football team of small children. They play, they are happy. They loose, they are still happy! And they loose a lot!! Basically they always loose …imagine what will happen the day they will win.

This video is about this story. They are very young and unexperienced boys and girls, and they give a lesson to all of us: sports is a game, team spirit, respect the other, believe in yourself.

The Joëlette was invented by mountain guide, Joël Claudel, who wished to take with him his neview Stéphane for hiking. This tool has only one wheel that allows it to have access to any paths, even the narrowest ones. This seat has to be adapted to the handicap.

END_OF_DOCUMENT_TOKEN_TO_BE_REPLACED

The Society for the Revival of the Nemean Games is a movement born from nearly 40 years of excavation by the University of California at Berkeley in the Sanctuary of Zeus at Nemea, Greece. It was at Nemea that the ancient Greeks celebrated athletic and religious festivals that were part of the cycle of games at Delphi, Isthmia, and (best known today) Olympia.

Traditional Dances for All!

The Greek associatin TYRTAIOS organises free time activities for person with disabilities. One of them is traditional Greek dances with mixed group, able and disabled.

Watch here the video of a Chasapiko-Sirtaki dance show.